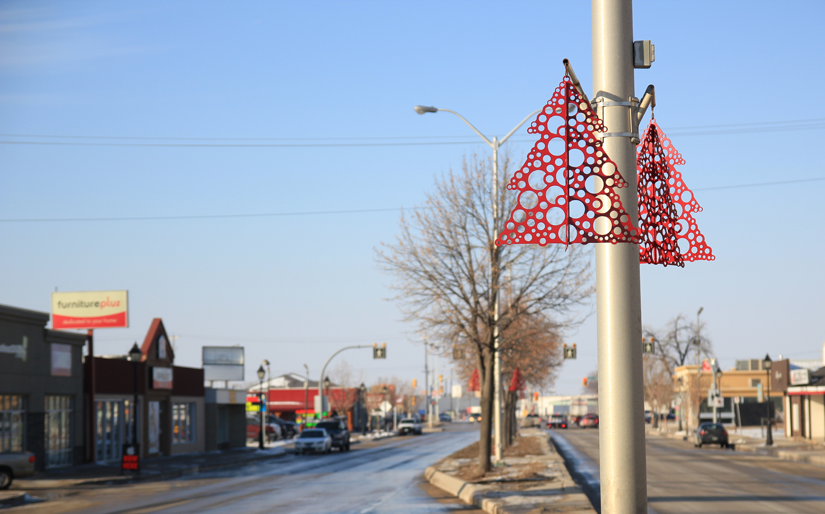 The Bethesda Foundation for many years has put on the “Gifts of Light” campaign to raise money for health care projects in Steinbach. This year, Golden West partnered with the foundation, helping develop the campaign to give it more visibility and more opportunities for the public to be involved and give. The campaign included a 2-day radiothon, and several new sponsorship opportunities.

I had the opportunity to help with this project by designing the logo and visual branding for the campaign. I was also able to design steel trees (brought to life by the amazing folks at WS Steel) that are hanging from light poles in downtown Steinbach during the Christmas season, which were sponsored for $100 each.

It was exciting to see the community really embrace the campaign and give generously. To date, the 2012 Gifts of Light campaign has raised nearly $100,000 for the Bethesda Foundation.

SteinbachOnline featured several stories about the campaign (here, here and here). Also, check out the “how it’s made video below (or here) to see how the steel trees were produced!