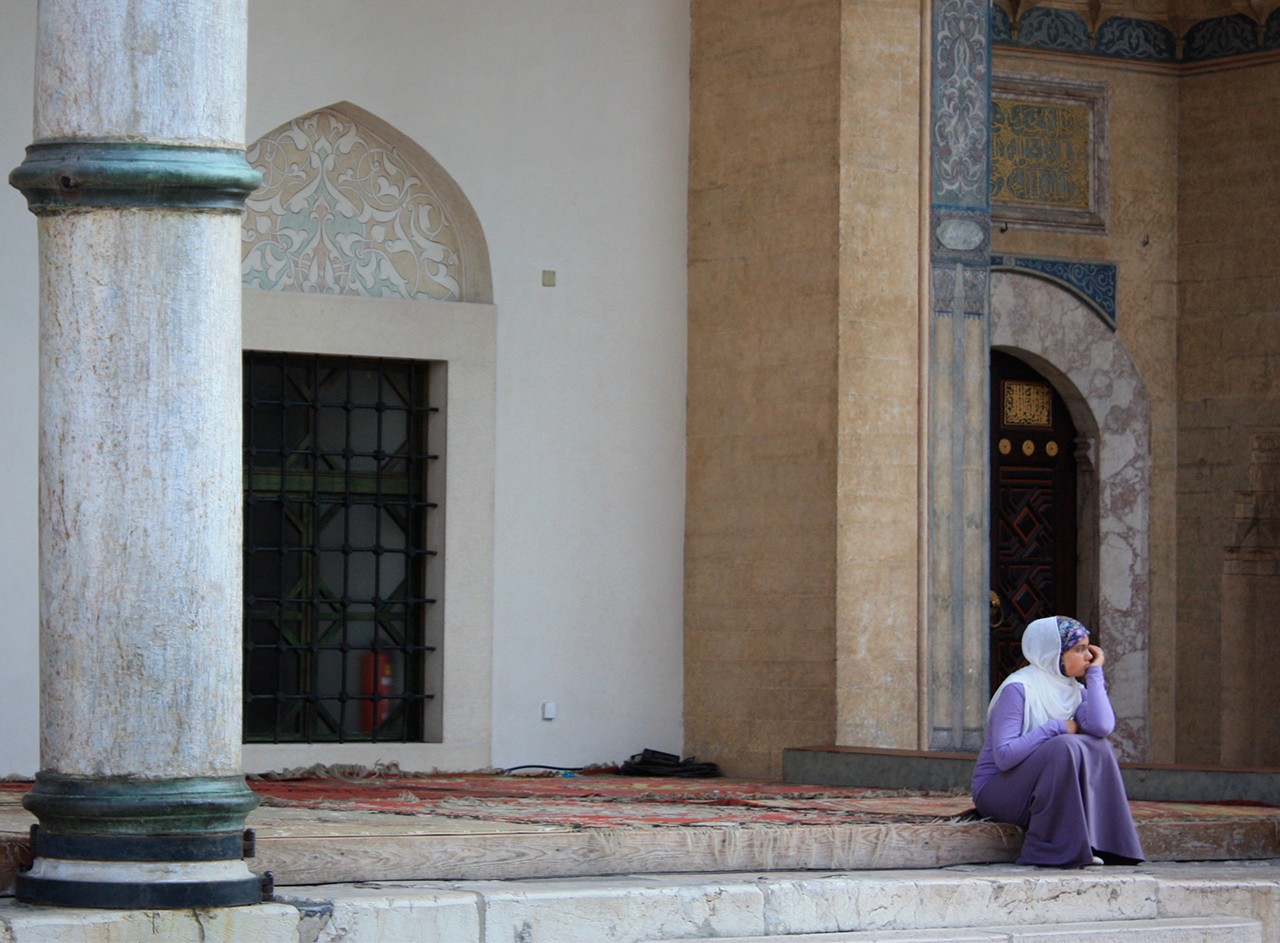 I love photos that tell a story. Still images often contain living, breathing stories that invite us to participate in their telling.

Above is one of the favourite photos I’ve ever taken. Sitting on the steps of the Gazi Husrev-beg Mosque in Sarajevo, a bright pop of colour between those great pillars, this woman in purple captured my curiosity. At the time, I told myself a story about her that was very influenced by my limited understanding of Islam at the time. How she wasn’t permitted inside the mosque. How excluded she must feel. Etc. I admit, this was the story I was trying to tell as I framed the photo.

But was the story I was telling in this photo the full story? The one this woman would have told?

Lately I’ve realized that this woman in purple was, in fact, a real person. A person with a real story that may be (likely is) entirely different than the story I was telling. It’s likely that, if I had worked up the guts to talk to her, she would not have told me a story about religion at all, nor oppression, nor exclusion. But it undoubtedly would have been a human story, possibly not so different from my own.

What story is this photo telling you?