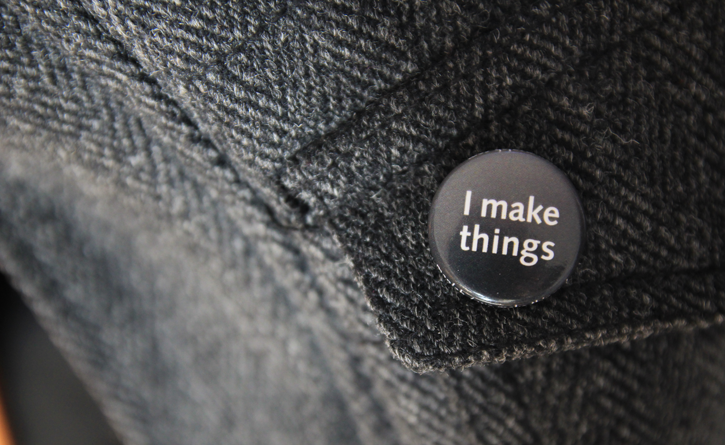 Over the past year I’ve aspired to be a person who “makes things”. I look up to people who have a large physical or digital footprint of stuff they’d produced. The above pin was a kind of challenge to me for the last 12 months: be a person who doesn’t just talk about making things or have a bunch of unfulfilled ideas, but be a person who follows through. Be a person who ships.

During this Christmas season, when we in the western world come face to face with the good and the bad of our culture’s obsession with stuff, it’s important not only to only ship, but to consider the kinds of stuff – or the affects of the stuff – we produce.

What kind of stuff do you make?

If I think of how I want to look back on my life, I don’t want to have merely a large footprint of stuff to my name. It’s possible to make a lot of stuff that merely adds to landfills or builds your own ego. As fun as it is to make stuff, most of us don’t really need more stuff, but we’re in desperate need of the kind of stuff that connects us with other people and challenges us to become more generous, more compassionate, more courageous.

I hope the stuff I make this year is a catalyst for building relationships and inspiring people.

I hope that for 2013 you aspire to ship – to make your dreams and ideas a reality. But I also hope that the stuff you make is filled with meaning.