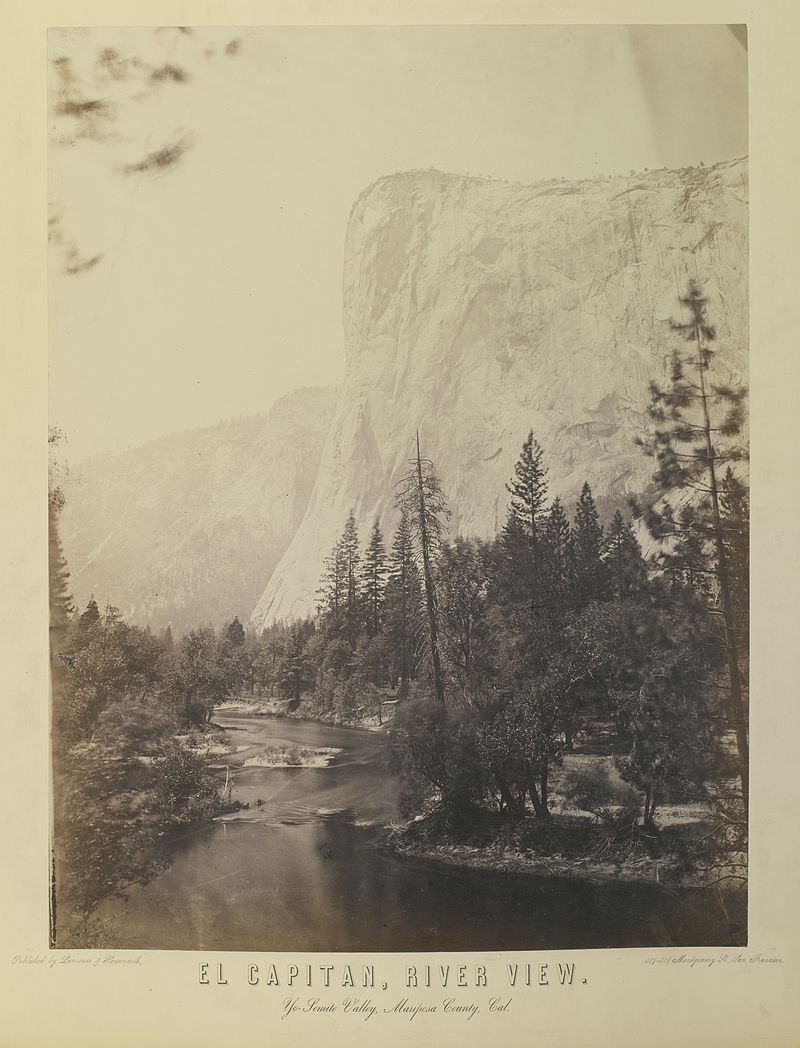 I’ve been on a steady diet of endurance sports stories and documentaries the past year or so. I’ve been fascinated and challenged by athletes who battle great landscapes and extreme conditions to perform great feats, testing the limits of their own strength and resolve.

The latest of these epic stories was Free Solo, a documentary about legendary Alex Honnold’s attempt to free solo climb (that means 100% without ropes or support) one of the most beautiful and challenging mountain walls in the world: El Capitan in Yosemite.

Friends and critics alike had been raving about this film, so I was excited to finally sit down and endure the sweaty palms and vertigo that came with watching someone scale a 3000-foot wall without a single rope. Afterwards I dug into the story a little more, listening to podcast interviews with Alex (because, spoiler alert, he didn’t die in the attempt), and the filmmakers E. Chai Vasarhelyi and Jimmy Chin.

This story has stuck with me. Alex’s example in training for this challenge is both inspirational and instructional.

The first thing I learned is you can prepare and consume a fine meal with only a frying pan and spatula. (Look ma, no cutlery!)

But second, I learned something about facing challenges.

There’s a great little scene after Alex’s first attempt at scaling the wall. In this first try he bails early, because it “just didn’t feel right”. Afterwards, a deflated Alex chats with another legendary climber, Peter Croft.

Croft encourages him that he made the right call, saying, “You never have to go for it.” To which Alex replies, “Well, I just want it to end, you know?” abruptly turning and wandering off.

In this little scene the viewer realizes, El Capitan has so captured Alex’s focus and imagination that he can’t imagine not attempting to climb it. He will either succeed in climbing the wall, or literally die trying.

Somehow this mountain has chosen him, and he has no choice but to face it.

I’m reminded of Samwise Gamgee’s monologue in Tolkien’s The Two Towers: “By rights we shouldn’t even be here. But we are.”

This feeling of inevitable fate influences the intensity of Alex’s training. Knowing that not climbing El Capitan isn’t an option, the only variable in his control is his training. Will he be up to the task? Will he be strong enough, sure enough of every move, every hold as he scales his mountain?

This is my mountain

Artist and author Hugh MacLeod says, “everybody was has their own private Mount Everest they were put on this earth to climb.” I think that’s a nice idea, but if you’re like me it might give the wrong idea. Somehow it conjures up images of a 5-year-old sleeping in her astronaut suit every night, dreaming of the chance to fly among the stars.

I don’t know about you, but I’ve never felt like I have one Everest to climb. My purpose has been a lot more multi-faceted and fluid than that.

Not all goals feel like destiny, as if all roads have been leading towards this one big challenge. Brad Stulberg and Steve Magness in The Passion Paradox suggest that many passions begin as simple interests, and grow into passions as we continue to follow that interest.

Sometimes you start down a forest trail, only later to realize that it’s leading you uphill. If Alex knew he’d eventually attempt to free solo El Capitan, he may never have started climbing in the first place.

“There is no difference between cooking and pursuing Buddha’s way. It’s been almost half a century since I entered this way. I did it in pursuit of enlightenment.”
– Jeong Kwan

One Chef’s Table episode follows Jeong Kwan, the monk chef who is world-renowned for her unmatched cooking skills. And she’s making simple “temple food”. The Christian monk Brother Lawrence similarly found his spiritual path in the kitchen, penning the famous Practicing the Presence of God.

Hearing Kwan I began to wonder, could any discipline work in a willing student just that: discipline?

The writer of the New Testament letter to the Hebrews might agree, writing, “No discipline seems pleasant at the time, but painful. Later on, however, it produces a harvest of righteousness and peace for those who have been trained by it.

Maybe any experience, craft, or challenge can be a teacher, if we’re willing to be trained by it.

Many of us won’t climb a literal Everest, but we all face mountains of our own. Some of them are common, but that doesn’t make them easy or insignificant.

Parenting is a great example.

As my wife and I have embarked on the journey of raising three daughters, currently between the ages of nine and two, the journey has taken on all the signs of an epic challenge. We enjoy our girls and have a lot of fun with them, of course, but we also often feel tired, frustrated, in over our heads. Sounds a little like climbing a mountain, right? Parenting is common enough, but it’s also challenging. And you can’t learn the lessons that raising little humans teach you vicariously, you have to walk the road yourself.

The documentary Frosty tells the story of ultra runner Anna Frost. After dominating the ultra running scene, including winning the legendary Hardrock 100, the doc dives into what it calls Frost’s biggest challenge yet: raising a child.

“For sure [pregnancy] going to be harder than running 100 miles.”

(And hey, after an evening of wrestling to get the kids to settle down and get to bed, a 100-mile run up and down some quiet, quiet mountain trails doesn’t sound so bad, does it?)

This is your path

On his drive back to El Capitan in advance of his second attempt at his climb, Alex describes how he approaches climbing as a warrior.

“It’s about being warrior.
It doesn’t matter about the cause necessarily.
This is your path and you will pursue it with excellence.
You face your fear because your goal demands it.
That is the god-damn warrior spirit.”

Maybe this is the allure of Alex’s resolve. I don’t desire to climb El Capitan, but I want to face my fears and challenges, be trained by them, and let them make me better.

Whether you have your Everest or El Capitan, or your mountains are more modest, this is your path. Pursue it with excellence.