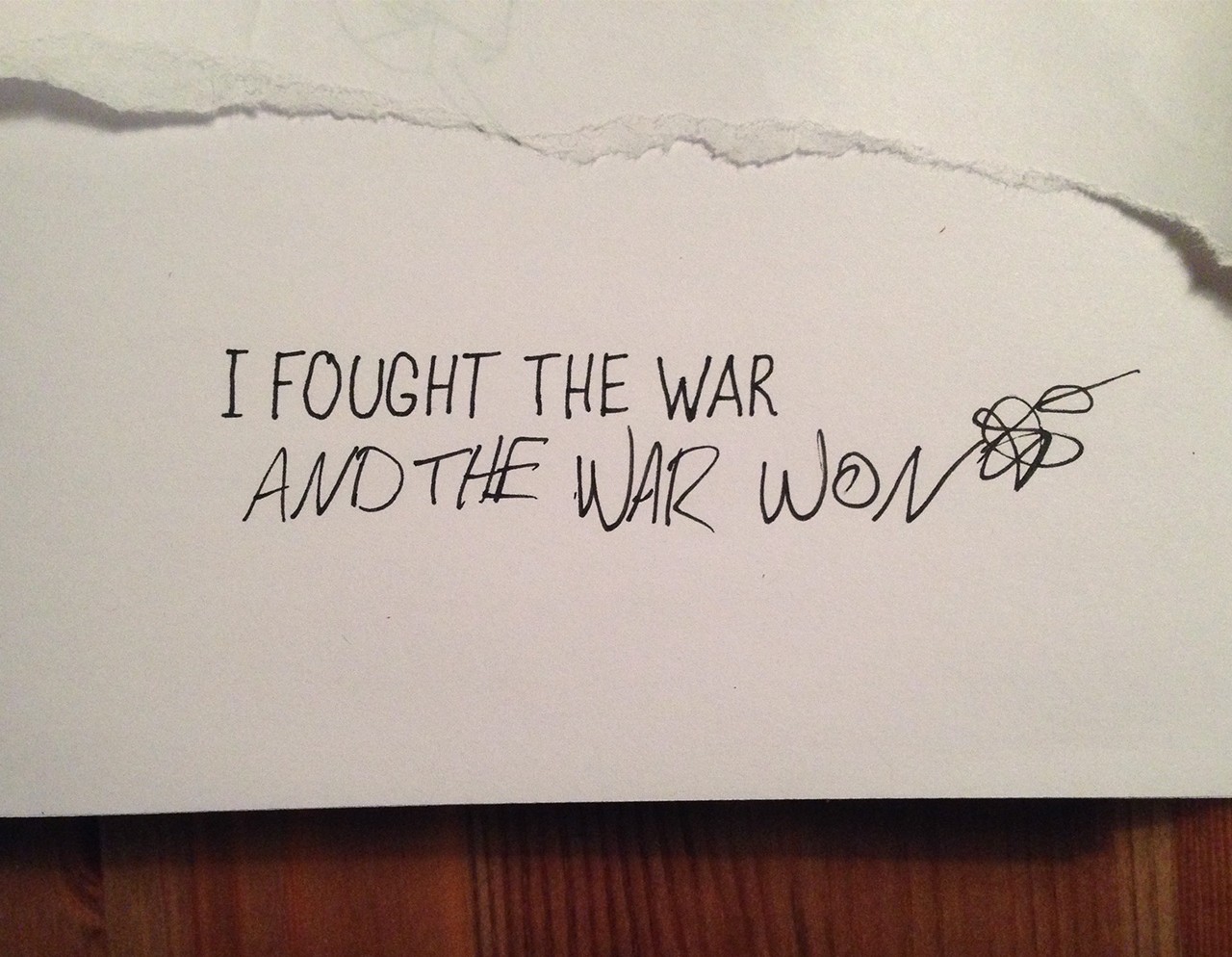 When the battle keeps two people from seeing the humanity in the other, the war wins.

When a skirmish about the minors overshadows the majors, the war wins.

When fighting to uphold the image of God, we hurt those made in his image, the war wins.

In Speaking of Jesus, Carl Medearis describes a soccer match where two teams are battling it out on the pitch. The goal for both teams, of course, is to win. Just into the second half, a curious figure walks through the middle of the pitch, seemingly oblivious to the game at hand. As he continues walking out of the stadium, he turns to the bewildered players and simply says, “Follow me”.

Often the battle at hand isn’t the real battle. Worse, winning the battle won’t satisfy anyone.

« The Woman in Purple     Introducing Toastimer »