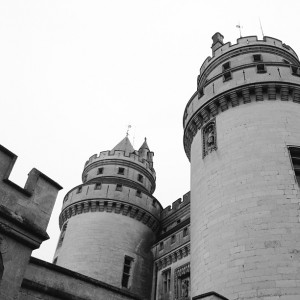 We all want to build a cathedral, something great, lasting and awe-inspiring.

The thing that’s too easy to forget – amidst our cleaning up messes, taking care of details and our inbox, going back to the drawing board, checking items off our checklists – is that every cathedral was built by a million small bricks, and the sweat of thousands of man-hours.

…the story of a man who saw three fellows laying bricks at a new building:
He approached the first and asked, What are you doing?
Clearly irritated, the first man responded, What the heck do you think I’m doing? I’m laying these darn bricks!
He then walked over to the second bricklayer and asked the same question.
The second fellow responded, Oh, I’m making a living.
He approached the third bricklayer with the same question, What are you doing?
The third looked up, smiled and said, I’m building a cathedral.
At the end of the day, who feels better about how he’s spent his last eight hours?
-Joan Borysenko