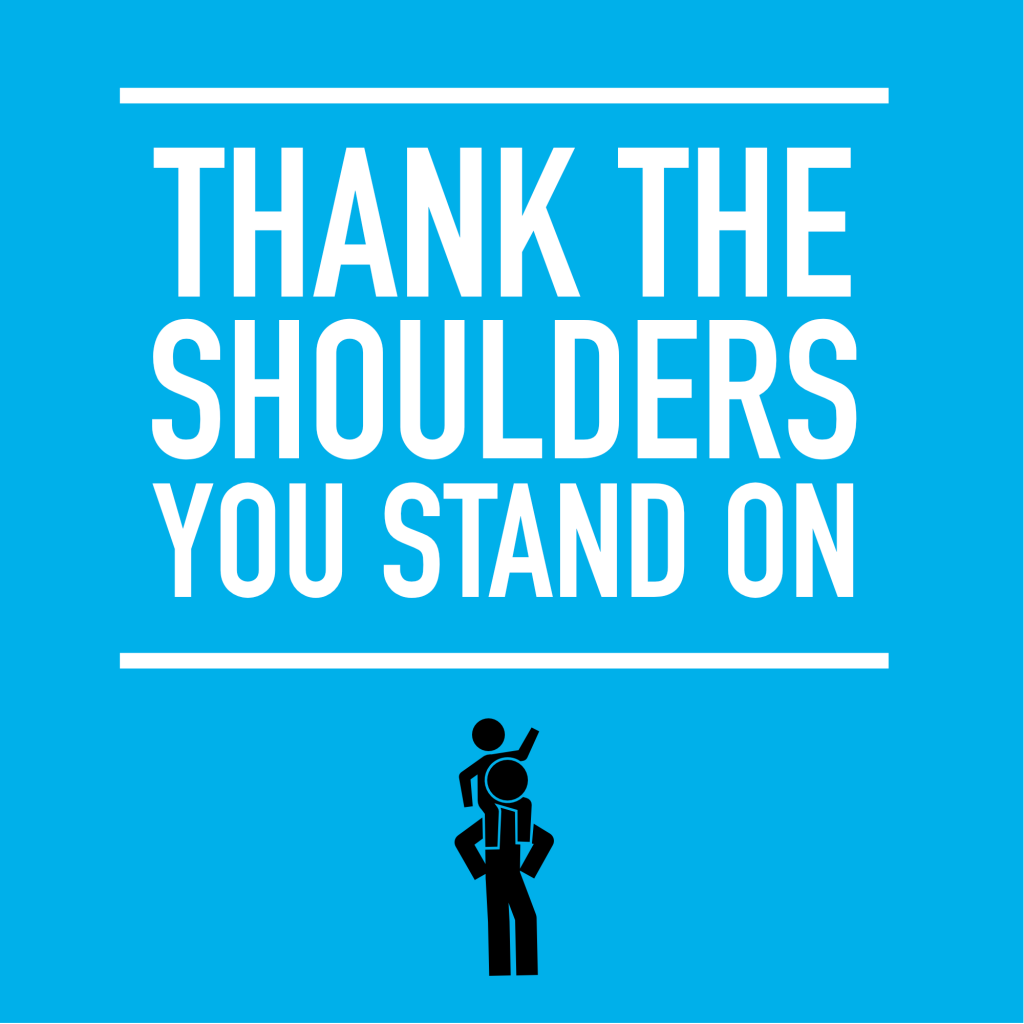 My late friend and mentor Jan was a stellar guitarist, and a student of the craft. I would occasionally mention an amazing guitarist I’d heard with a unique style. After he listened to their music, Jan would rattle off all of their influences, most of them guys I’d never heard of. The guitarists I thought were original, it turned out, were simply following a long line of guitarists that had gone before them.

Our culture praises the original idea, and usually thinks that it takes a lone genius to come up with them. But the truth is, we’re all simply riffing off of those around us, and those who have gone before.

Rather than seeking an original idea, be grateful that you’re part of playing the song.

As the great Isaac Newton put it (though I think he owes it to John of Salisbury):

“If I have seen a little further it is by standing on the shoulders of Giants.”