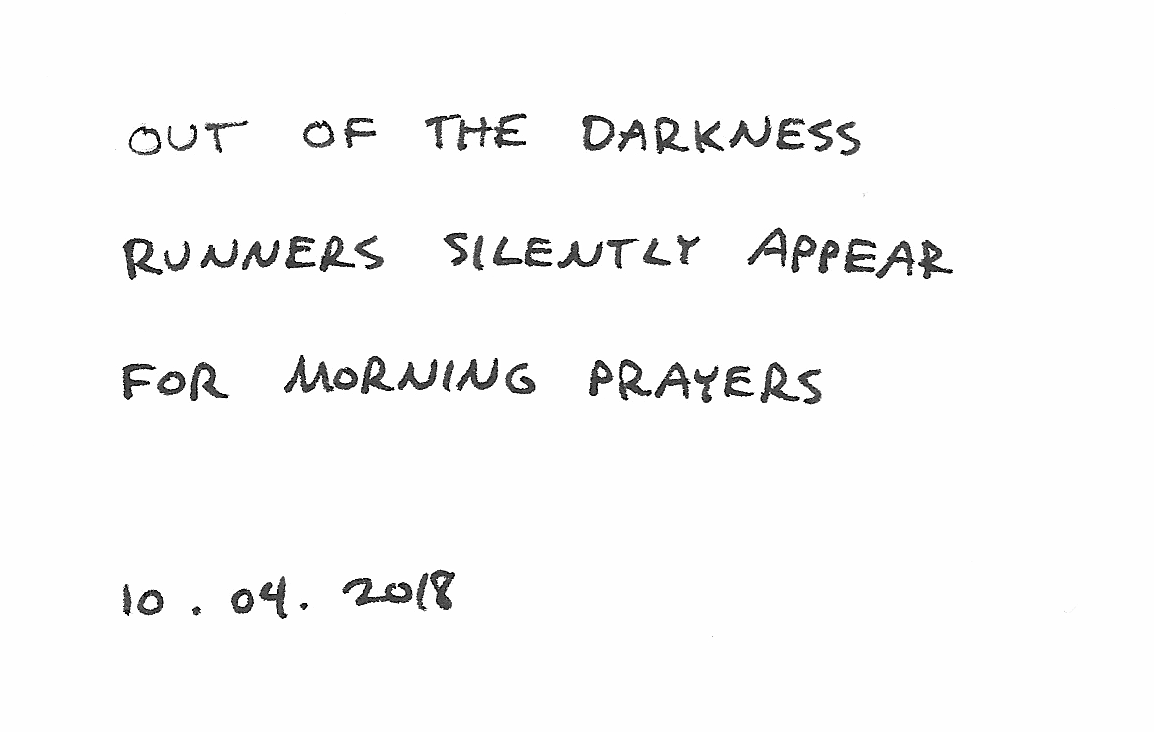 In the Navajo tradition, kids grow up learning about running as a part of their culture. They run east in the morning to meet the sun, and to meet the Creator.

For the Navajo, running isn’t simply a way to stay physically fit, it’s a spiritual practice.

Running is a form or prayer.

In the film 3100: Run and Become (which was just released last week), Shaun Martin, a Navajo athletics director and elite ultra runner, describes well the importance of this practice.

The film highlights other cultures for whom running is used as a practice for spiritual transformation. Some readers may note that there are no Christian examples included. But which long-distance runner, reading the following story about Jesus, couldn’t replace the word “pray” with “run” and say, “Yep, that’s my routine too!”

Very early in the morning, while it was still dark, Jesus got up, left the house and went off to a solitary place, where he prayed.

3100 presents running as a human practice for connection and transformation that’s part of our collective DNA, rather than a ritual claimed by a particular religion.

Martin goes into further detail of the Navajo practice in this video (and, if you’re like me, makes you want to check out the Canyon De Chelly Ultra!)

Over the past couple years I’ve come to appreciate running as a form of prayer. Having long grown weary of prayer as simply a multiplication of words and requests, I’ve embraced a daily practice which involves my entire body and lends itself to silent connect and listening, without the need for a lot of words. My RunHaiku project has also been an exploration of, in essence, prayer. The act of noticing, listening, connecting.

Curiously, in looking into this practice I came across a Navajo poem, which looks a lot like a RunHaiku!

While “running as prayer” works well for people who enjoy running, I think other activities can become a form of prayer as well. In his What I Talk About When I Talk About Running, Haruki Murakami says:

No matter how mundane some action might appear, keep at it long enough and it becomes a contemplative, even meditative act.

The first time you run, there’s little meditative or prayerful about it (aside from the pleading cries for release from this cruel torture and burning in the lungs! 😉) But over time, the simple habit takes on meaning and importance that can be difficult to describe.

This is why I recommend, if you’re feeling disconnected, distracted, and a bundle of anxieties and cares, go for a run.