Quartz released their iPhone news app this week! Because of recent design projects, I’ve tried to become a student of other app designs, particularly news apps. This one struck for its unique take on news. Here are some of the takeaways from Quartz’ take on news on the mini screen. 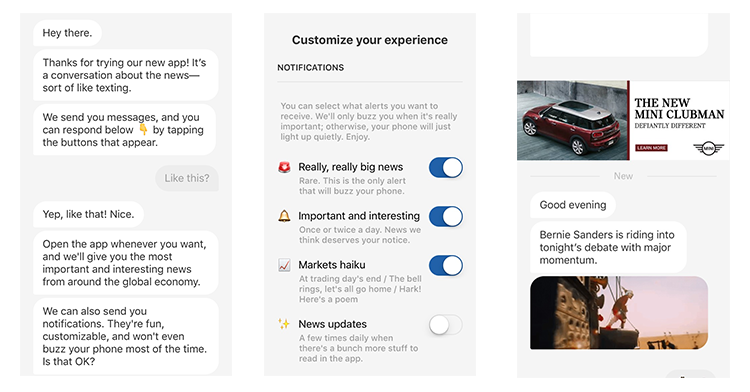 Make sure you check out the app. And sign up for the Market Haikus, I’m telling you…