I don’t draw well. But I’m learning, thanks to my 7-year-old.

When I was a kid, I drew all the time. I drew animals, hockey players (goaltenders sporting 90s Jets gear was my specialty), just about anything. I enjoyed the life of a prodigy artist and drew for the adoring masses (namely, my mom and dad). 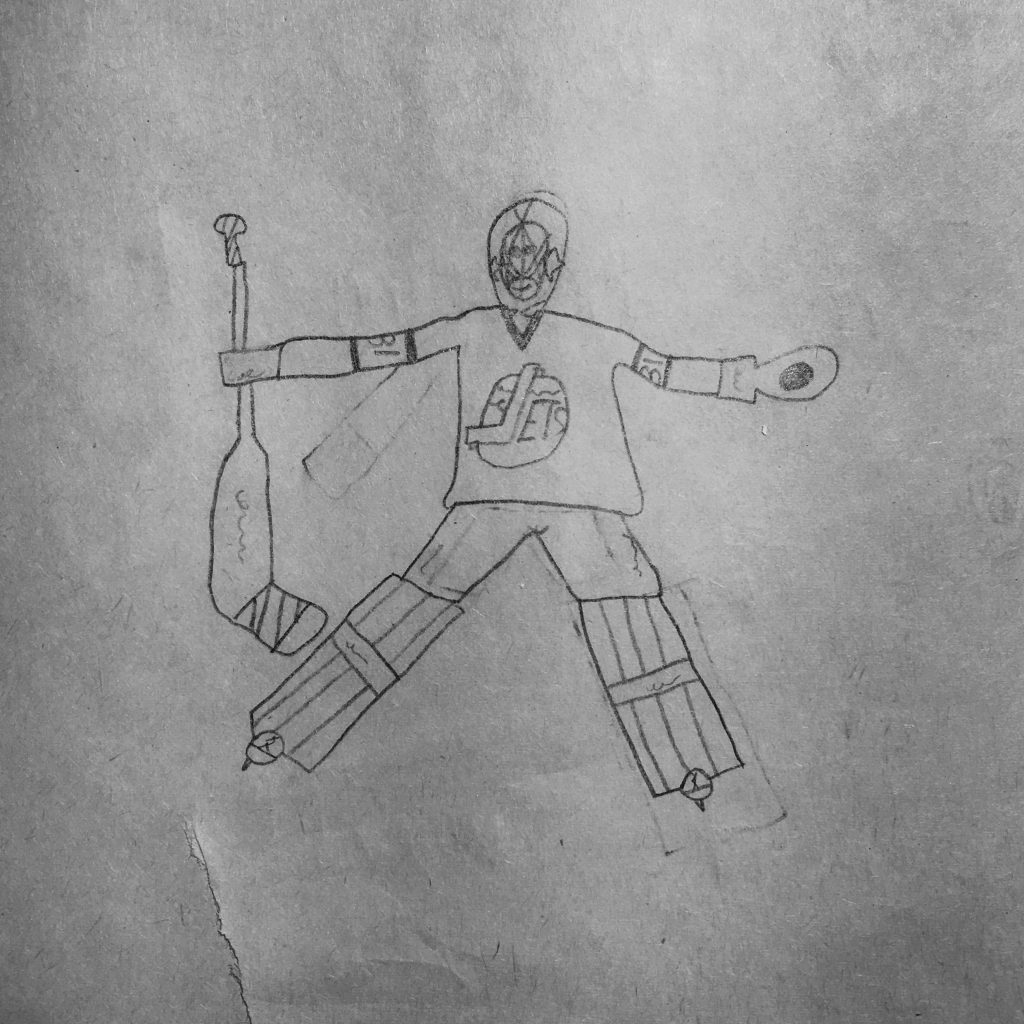 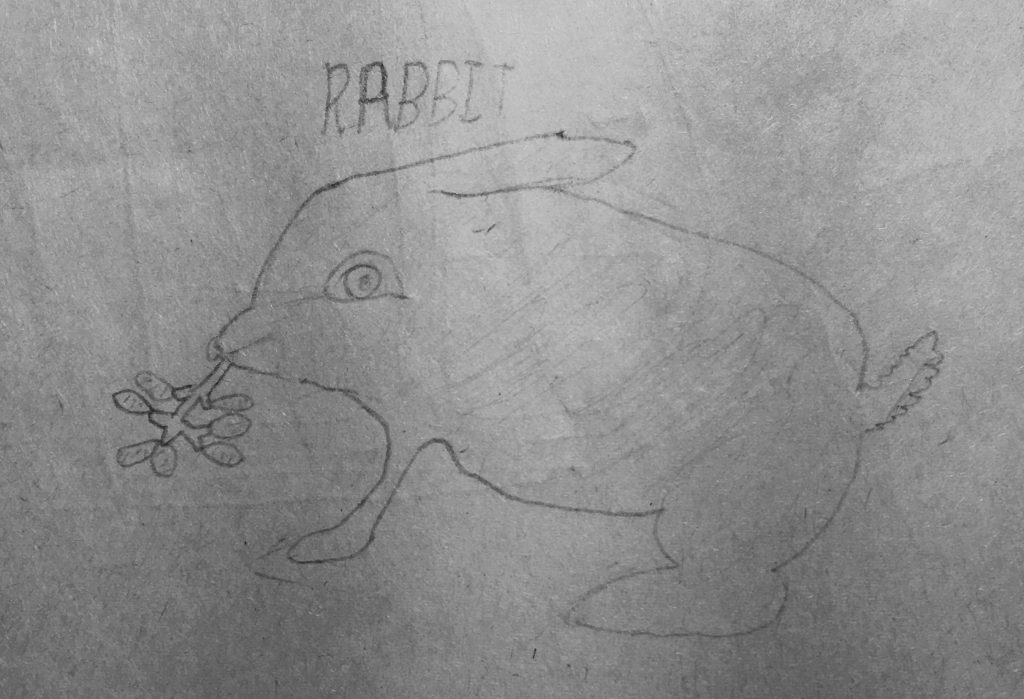 Somewhere along the way, around the time my voice changed, I lost my mojo. I unlearned how to draw.

Reflecting back, I think this is what happened:

I don’t think this is uncommon. Lots of us used to know how to draw, or sing, or play a sport. Then we found out that our “special talent” wasn’t that special at all. Instead of digging in, we started to hide and claim ignorance.

Every child is an artist

“Every child is an artist. The problem is how to remain an artist once he grows up.”
– Pablo Picasso

My daughter is drawing these days. At school she’s learning how to “look-draw”. The process is pretty basic:

And that “look-draw” process seems to be working, because here’s the thing:

She can draw anything.

If she can “look it”, she can draw it. She might not be Picasso, but she’s a seven-year-old with the confidence to give drawing a try. (And honestly, she can draw a lot better than the grown-up who simply doesn’t because they’re convinced that they “can’t draw” anymore). 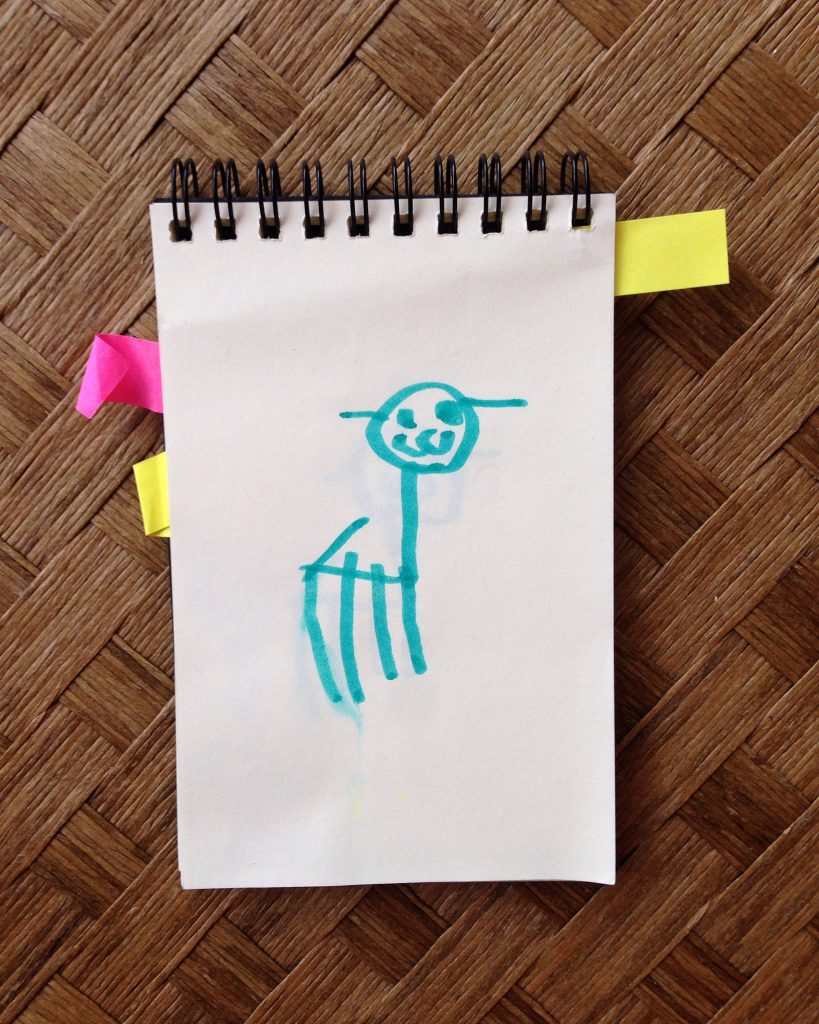 Her simple “puppy”, which she started drawing as a 4-year-old, is still my fave. 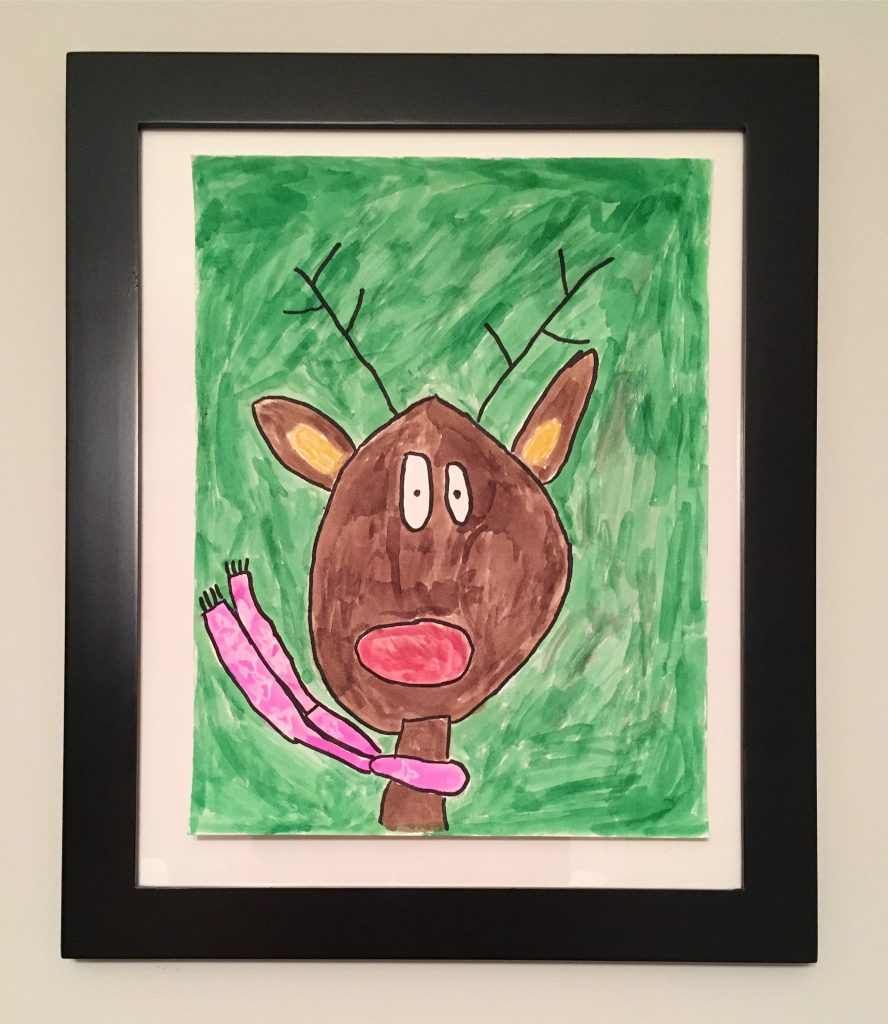 He had a very shiny nose…

I’ve wondered if this kind of approach would help us grown-ups who have unlearned the skill of drawing.

What if, instead of claiming ignorance, we’d say “I can draw like a 7-year-old”?

It’d be scary, because your chicken-scratch artwork would be out there for the world to see, and potentially ridicule. It’d be gutsy, because putting yourself out there is always pretty vulnerable. But it’d be a start. (And hey, if you’re in an environment where everyone else claims they “can’t draw”, you’d actually look a gutsy genius for working up the cajones to even try!)

When I became a father, I re-discovered drawing. I could doodle a dog, or a frog or a sheep and my kids loved it. The bar for pleasing a 3-year-old was so low that there was 0 risk in trying.

I still draw like a seven-year-old, but hey, I’m drawing! And if I stick with it, I might even get better.

If you want to re-discover a childhood talent, try the following:

Before you know it, you’ll be that creative genius you’ve always known you were, deep inside! Your fans will love you!

But even if the masses don’t come running, you’ll at least be able to put a smile on a kid’s face. I don’t know about you, but that’s reward enough for me. 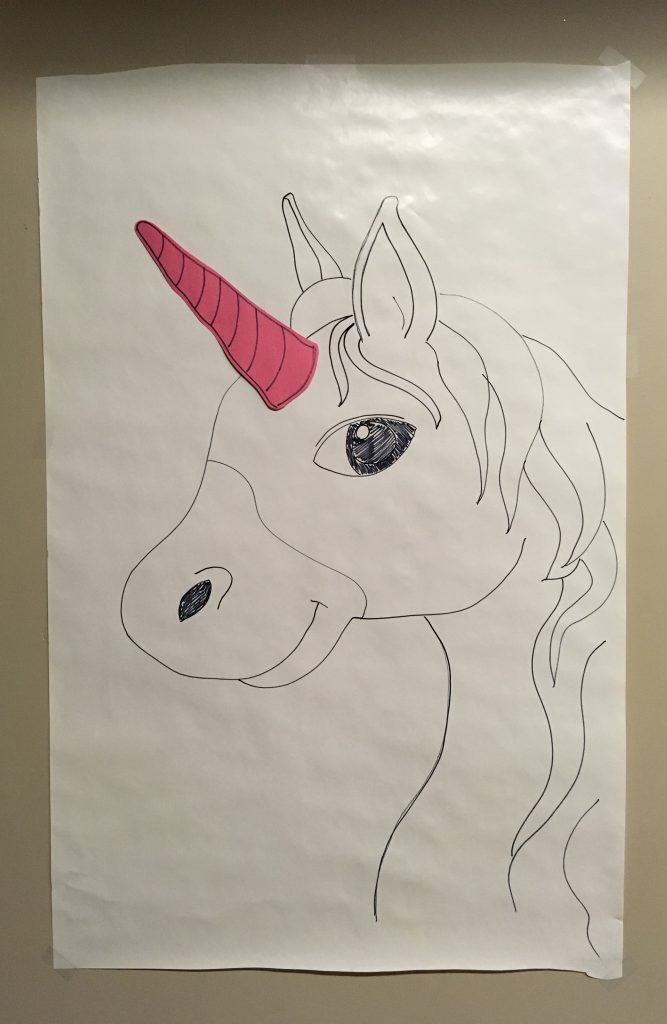 I don’t always (or ever) draw unicorns, but when I do it’s for my daughter’s birthday (and yes, it helped make her day).