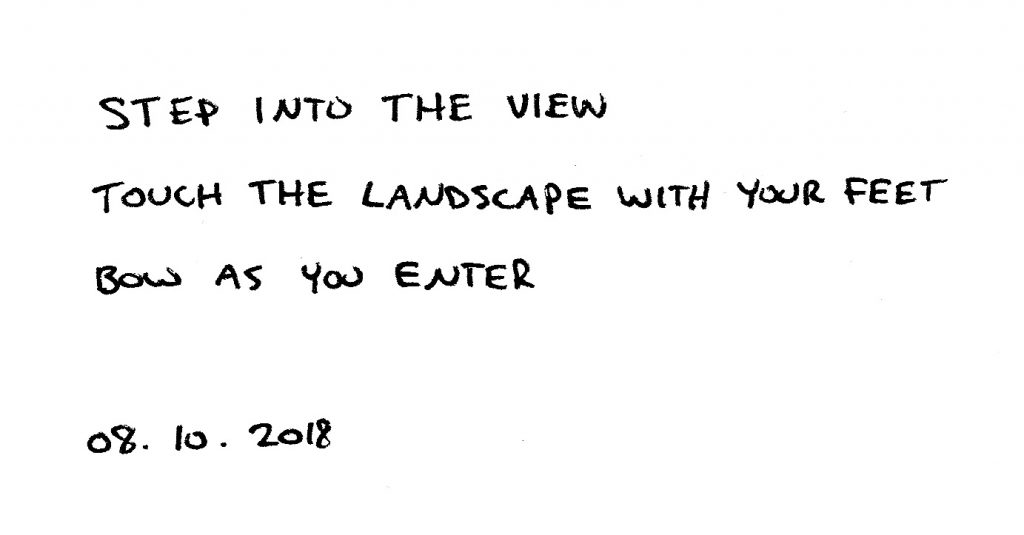 Over the past year my curiosity has led me down two distinct but converging paths. One is running. The other is the wilderness.

The two paths converge at this curious sub-culture within the sport of running: trail running. In my curiosity, I’ve fed on a steady diet of books and videos about the sport, and in the process have acquired a new appreciation both for nature, and humanity’s place within it.

In The Art of the Commonplace, Wendell Berry offers the wilderness as a kind of medicine. A restorer of balance for the modern human.

Indoors and surrounded by our technology, we begin to believe that we are the centre of the universe. We have the world (yes, our oyster) at our fingertips, whose chief aim is to make us comfortable and satisfied.

The wilderness, in contrast, reduces you. Makes you feel small. Humble. Immersed in a forest, whose trees pre-date you, and will out-live you, you remember your place within a larger natural system.

We are not humble enough or reverent enough. – Wendell Berry
This summer on a trail run with friends, we rounded a corner and suddenly saw a big black bear casually nibbling on berries among the ferns. You can imagine how small I felt in that instant. We continued quietly along the trail, and the bear quickly disappeared (they don’t like hanging around humans either!), but I ran with a fresh respect for the forest and the creatures who call it home.

Despite this humbling nature of wilderness, Berry goes on to explain how the wild also works to empower those who enter. Within its large natural systems, one is reduced, yes, but also sustained. Nature displays a nourishing abundance and grace. And so nature shows us our proper place within creation.

This abundance was on full display during a trail run in the same forest in July. Abundant, lush ferns rose around us, and branches threatened to close in around the trail the moment we’d passed. The bugs were quite abundant as well… But the berries! They were everywhere. Blueberries, raspberries and sasktoons grew together among the bushes, an invitation to enjoy the forest’s feast.

Nature sustains its members, and shows us how to contribute to and benefit from a larger system.

What I want to get out of running is more of a connection to my environment.

Nicole Anderson is a doctor, activist, and amateur runner on the Australian island of Tasmania. In the documentary tekayna Anderson points to this sense of found identity as her motivation for running the trails in the Tarkine rain forest.

[The Tarkine] is re-connecting me as a human to a landscape. As human beings when we’re born, we’re immediately wrapped in plastic, we’re numbered, we’re branded. There’s something in me that wants to break out of that unnatural system. It’s teaching me to be a true human… The Tarkine has given back my sense of identity, my sense of self, who I am, and who I could be. – Nicole Anderson
Maybe this is why the forest trails have been tugging at me, capturing my imagination.

The wilderness has become a place to both disconnect and re-connect.

To be still, and to be filled with energy.

To feel small, yet empowered.

To explore, and feel a sense of home.

Have the trails been calling you?