Earlier this year I ran in the Manitoba Marathon (I ran the half marathon). While I ran, surrounded by thousands of other runners, the sound of a million footsteps striking the asphalt like raindrops, I had a realization:

Each of these runners has a story.

This shouldn’t have been a ground-breaking realization, but we’re often so focused on the stories of winners and champions that we dismiss the “ordinary” stories all around us.

The sport of running, because it’s so accessible, highlights these ordinary stories. While some of the spotlight is reserved for the winners of each race, the runner who finishes their first “couch-to-5km” receives the same encouragement and enjoys a champion’s reception after marking their own personal milestone.

In a culture loves to celebrate winners, running turns our attention to the small victories of every runner.

While running I saw one man wearing a shirt that read: “My wife and I are running our 50th marathon. Our kids are running their first.” Several families ran in honour of a family member. Others were running for the blerch.

At the very least, each person running long distance tells a story of making running a ritual, waking up before the sun, lacing up their shoes even when they felt like vegging out. Race day represents the months of training that went into preparing for the big day. For many it’s also a symbol of a larger story of overall health, whether physical, social or mental.

“I wonder how many people I’ve looked at all my life and never seen.” – John Steinbeck

Runners have stories, but doesn’t everyone? While we’re obsessing over celebrity and overnight-success stories, a thousand stories of everyday struggle, love and grace are being lived all around us.

In learning to notice these stories, I often am reminded of Malcolm Gladwell’s suggestion:

“The trick to finding ideas [for stories] is to convince yourself that everyone and everything has a story to tell. I say trick but what I really mean is challenge, because it’s a very hard thing to do. Our instinct as humans, after all, is to assume that most things are not interesting.”

For this reason I really like the idea of Dave Isay’s StoryCorp, which facilitates interviews between friends or loved ones. Often the most interesting or inspiring stories are being lived by those close to us. The trick is to pay attention to them.

If you’re a runner, thanks for sharing the road at many races this summer, and for sharing your story and encouraging others to live theirs.

Next time you notice a runner, even if they’re not at the front of the pack, challenge yourself to look past the stats to the unique story that they’re living.

“The simple things are also the most extraordinary things, and only the wise can see them” – Paul Coelho 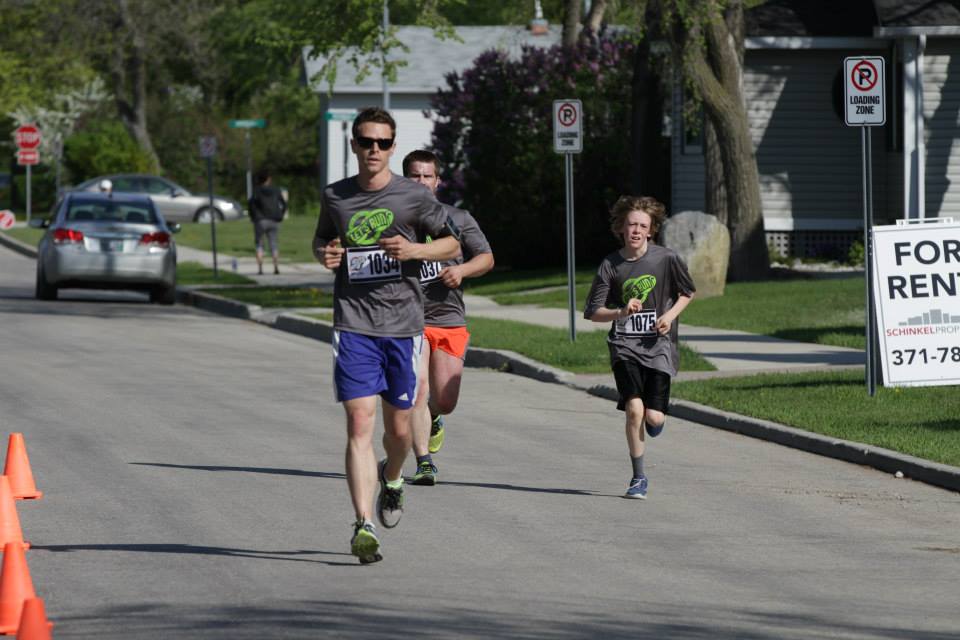